Well, it looks like my military adventure is about to be cut short.

Because these fucking clowns aren't going to stick me in the arm.

Secretary of Defense Lloyd Austin is expected Friday to announce a mandatory vaccine policy for all active-duty forces in the U.S. military, Fox News has confirmed.

The directive that all 1.3 million service members will be required to get shots in their arms comes just days after President Biden urged all federal employees to get vaccinated 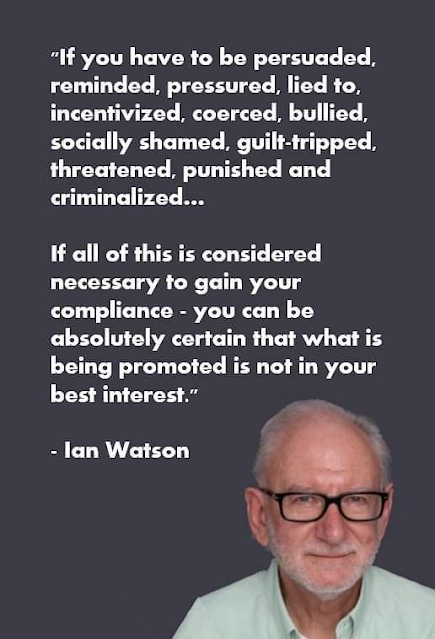 Posted by Ragin' Dave at 06:39
Email ThisBlogThis!Share to TwitterShare to FacebookShare to Pinterest
Labels: Military Life

I'm waiting for me to be kinda in the same boat with the state of Kommiecticut, if they decide I can't renew my state EMT certification without a mandatory jab. They can't legally take it away, but they can change the rules for my renewal next year, meaning looking for a new line of work. They have just made it mandatory for all nursing home facility workers (which are state regulated).

I think my new line of work will be as a marauder.

When they came out with the anthrax crap in the late 90’s I did the same thing. Turned down E-8 stripes, dropped my retirement package and said fuck you very much. I’ve been stuck with a shitton of weird stuff in my time, but I ain’t doing that anymore.

When this whole vax BS started, I told my boss if management made it compulsory, he’d be looking for a new mechanic. I’ll flat walk out on this gig over this stupidity and, from the chatter around the company, so will most of the rest of the wrenches. Have fun keeping your airplanes flying, you tools.

I think that the current military leadership consider that a feature, not a bug.