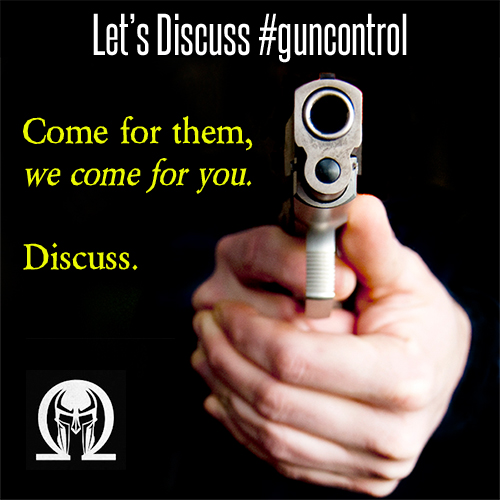 I think there are people out there who can be convinced that gun control is wrong.  For them, take the time to explain just why gun control is such a bad idea.

But let's face it:  There are plenty of people in American who understand just how bad an idea gun control is, and they want it anyway because they think they'll be in charge.  They'll be the ones writing the schedules for the rail cars.

And the only real thing to say to them is just what that little graphic says.  You come for our guns, we come for you.

Stole the pic from here, where Vox Day points out yet another example of people who want to ban your guns.
Posted by Ragin' Dave at 08:38
Email ThisBlogThis!Share to TwitterShare to FacebookShare to Pinterest
Labels: 2A

Taking away guns is a vote for tyranny of the bigger and stronger over the weaker and disabled. It is a vote for gang violence, even with just clubs and knives and bows-and-arrows, over those who are smaller. It is a vote for 6'4" men to overpower 5'4" women, because she would have no choice.

It is, in short, a vote for anarchy over a nation of laws. And the hoplophobes simply don't see that.

Gun control is a vote for mob rule and "might makes right". It's a vote for allowing entire populations to be rounded up and shoved into cattle cars. It is an ideology of gutless pathetic sheep who want someone else to protect them, but refuse to allow people to protect themselves.